What may be causing my evergreens to be yellow in the spring?

With the arrival of warmer weather, yellowing and browning of evergreen trees and shrubs often becomes evident. White and Austrian pines, spruces, Canadian hemlocks, arborvitae, holly, boxwood, and some groundcovers can show signs of winter injury. Evergreens along roadways appear to be especially affected, probably due to salt injury. Plants injured by salt spray from high speed traffic have browned foliage, usually on the side facing the road. Salt solution runoff can also injure plant roots. Needle yellowing and browning often begins at the branch tips and gets progressively worse; plants may succumb. Several other factors can contribute to evergreens discoloring over winter including winter desiccation, root injury, poor site selection (wrong plant in the wrong place), and poor or improper planting and establishment. Evergreens continue to lose water from their foliage during the winter. If soil moisture is low, roots are unhealthy, or the soil is frozen, moisture is not replenished and foliage can be killed. Damage often appears on one side or on one branch of the plant, usually the side facing prevailing winds.

When it safe to plant annual flowers ?

It has always been and will always be, a guessing game as to the exact timing for planting of annuals. The old rule of thumb was “After the long weekend” in May. With climatic changes and new hybrids, this can be slightly sooner. However, we don’t put our annuals out until mid-May. Pansies, of course, can be sooner. Tender Impatiens should even be slightly later. When you do plant annuals, if dangerous frost seems imminent, water heavily and cover with bed sheet or newspaper, and water down again. This should give them enough protection to survive a cold night.

When is is time to use GRUB control?

Currently we are plagued with those awful looking white grubs in our lawns, moles and or skunks. Manufacturers of grub control products recommend application at the end of June or beginning of July. There is a reason for this. The grubs burrow deep in the soil over winter and as the ground heats up with the warmer summer temperatures, the grubs move closer to the surface of the lawn. Your chance of eradicating all grubs is much better when they are all close to the surface as most products only saturate to about 6-8″. Unfortunately, if your lawn is like our, by the end of June we will have no lawn left at all. So – what I have done in the past, quite successfully, is apply grub controllers preferably with fertilizer, to the affected areas as soon as the temperature reaches 70 degrees for 4-5 days. This will take care of some of the grubs and hopefully prevent further spreading, although not guaranteed. The fertilizer will strength the lawn and promote growth. Then as I see more areas that may be affected, I apply again after warm days, trying to keep them under control until I can do the entire lawn sometime in late June.

How do I get rid of Moles?

First let me say that the moles are there because they are eating some awful bugs. get rid of the bugs and you will probaably get rid of the moles. However, if they are tearing up your backyard, buy a package or two of Wrigleys Juicy Fruit gum. Put on rubber gloves (don’t want any human scent on the gum), unwrap, slide a stick into the ground where you see the mole entry path and wait. When the mole eats the gum, it cannot digest it, so it will perish. Also see recipe on “Tips” page.

What could be causing my evergreens to turn brown?

Homeowners are often perplexed in the spring when evergreen trees and shrubs turn reddish-brown or brown, and when deciduous plants dont break bud to leaf out. It is important to consider what happens in the winter. This may give you some clues as to what might have happened. There are several things to be aware of including winter desiccation of evergreens, which is a fairly common form of winter injury, and rodent injury to plant bark and stems.

Evergreens can suffer from desiccation injury if water loss from foliage to the atmosphere occurs faster than it can be replaced by the roots. When the soil is frozen, roots are unable to absorb water. When leaf and air temperatures are low and humidity is low, moisture loss from foliage can be excessive. Warm, sunny, and windy days can cause foliage to dry rapidly. Evergreens planted against buildings or structures with light-colored siding, concrete, or large windows in southern or western exposures that reflect solar radiation can be injured on one or more sides. Junipers, arborvitae, and taxus are especially susceptible to this since they are often used around homes and other buildings.

What can I do to improve the bloom on a climbing rose?

First, be patient – climbers require two or three years just to become established and produce canes for the plants main framework. Climbers are trained and cared for differently that the hybrid teas; make sure you are providing support and pruning properly. Canes should be tied to a support in a horizontal or nearly-horizontal position to form the main framework of the plant. This stimulates flowering canes to arise off of these horizontal main branches. In early spring, during the dormant season, cut back these flowering canes to only 3-5 buds for continuous, abundant flowering. Follow through with good care during the season, including irrigation when needed, fertilizing, pest control, and winter care.

There is something weird happening in my lawn! There is a large, darker green ring of grass that is about 10 across. There are a few mushrooms popping up in this ring. It just appeared – what is it?

You are describing a fairy ring. This curious phenomenon can be produced by 50 or more species of soil-inhabiting fungi. These fungi grow on decaying organic matter, and are often associated with thatchy lawns or in areas where trees have been removed.

Fairy rings can take on different patterns, including mushrooms that appear in circles or arcs, as dark green rings with mushrooms arising from them, or as a circular area of dead grass in the center of a dark green ring. The mushrooms are the fruiting structure of the fungus. Rings vary in size from three to four feet in diameter up to 200, and rings can be just a few inches wide up to two feet wide. Rings can enlarge each season from a few inches to several feet in diameter, though they sometimes disappear for a year or more and then reappear.

The darker green ring of grass is due to increased nitrogen that becomes available as the fungus breaks down organic matter in the soil. Brown or thin grass may develop inside the darker green ring, which is related to drought stress caused by dense growth of underground fungal structures.

There is little that can be done to control fairy ring, though symptoms can perhaps be suppressed. Fertilizing lightly may reduce the contrast between the lawn and darker green ring, as will irrigating with large quantities of water. 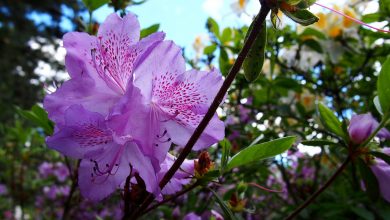 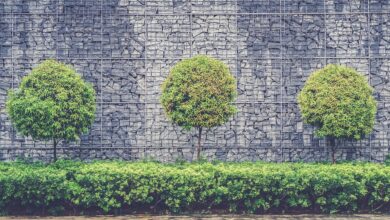 How to get the garden of your dreams 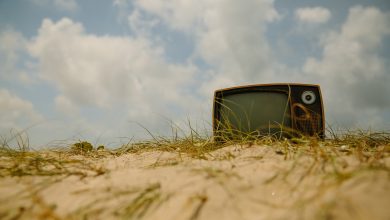