Pruning is an important but generally poorly understood cultural practice. It’s one of those garden tasks (like pesticide application) that if it’s not done the correct way at the right time then it is probably best not done at all. We get questions about pruning all the time at A World of Gardens and people often say “It took x number of years to grow those branches and I just can’t cut them off“. Get over it, if done correctly you won’t hurt the tree and you may be surprised how much better it looks and performs.

Ornamentals are pruned for any or all of the following reasons: to remove broken, dead or diseased branches; to encourage flower and fruit development; to control the size and shape of the plant; to maintain healthy trees and shrubs; to increase structural strength and to rejuvenate old flowering shrubs. When you prune a dormant tree, you remove part of the top growth while leaving the existing root ball intact. When growth starts the stored food and nutrients are shared between fewer buds and growth is more vigorous.

The following are some general guidelines as far as time to prune is concerned.

Broken branches should be cut off immediately before they fall and damage the bark or other limbs.Trees and shrubs that bloom in the spring or early summer (forsythia, honeysuckle, mountain ash, lilacs) should be pruned after flowering.Fruit– bearing trees and shrubs (apple, plum, cherry, currant) should be pruned in early spring before they bloom.Late flowering shrubs which flower on new growth (shrubby cinquefoil, elderberry) should be pruned before active growth begins.Most evergreens are pruned after the wood is thawed but before active growth begins. Pines are an exception and are pruned after the buds are extended (candled) but before the individual needles are fully formed. Take off only about half of the candle‘ to avoid damage and poor formation of the new growth.Some trees bleed sap freely when pruned in the spring (birch, golden chain, poplar, maple) and are better left until they are leafed out to cut down on sap loss. Avoid late summer and early fall pruning because a new flush of growth encouraged by the pruning may not harden off and turn from green to brown‘ before winter sets in. Late fall pruning can result in the wounds not healing until spring and cause dieback of the cut branches.

Many tools are available for pruning and what you should use depends on the size of the material you are working with. Branches up to  inch can be cut with secateurs, up to 2 inches with loppers, and larger limbs should be dealt with using a saw. If you don’t have a proper pruning saw , use a hacksaw. Pruning saws on a long pole are very useful and save having to use a ladder. Working from the ground is easier and safer then leaning over a ladder trying to get to that branch that is just out of reach. Make sure your tools are sharp so that you make clean cuts the first time, not ragged ones after several attempts. Clean cuts callous over and heal quicker. Using sharp, well maintained (oiled, blades set correctly) tools is easier on the tree or shrub and you.

When you decide to prune a tree or shrub, look at the natural form or growth pattern. Try to enhance this look, not change it. Avoid the “haircut” style of pruning where all branches are cut the same length. This is okay for some shrubs but tends to cause too much tip growth which can shade the centre of the plant and inhibit growth.

Your first cuts should remove all the dead, broken or diseased branches. This is good practice and it is hard to go wrong cutting off dead stuff. Using the proper tool for the size of the branch, cut back to the “callus ring” ( a circle of raised tissue around the base of the branch). Be careful not to damage this ring as it is the tissue that will eventually close over the wound. Don’t cut the branches off flush with the trunk, this makes for a larger wound and removes the callus. You can use a pruning paint if you want but this is more for looks than necessity. Your next series of cuts will be to remove branches that are crossing over or rubbing each other. This is especially important in the centre of the specimen where too much material can cut down on sunlight and air reaching the crown of the plant and contribute to pest and disease problems. Next have a good look and remove weak or spindly branches. When shortening branches make your cut about 1/4 inch above an outward facing bud at a 45 angle. This will keep the new growth going away from the crown, leaving the centre open.

When removing larger branches with a saw you will want to use the “jump” or three–cut method to avoid having the branch tear the bark along the trunk when it falls. Make the first cut from the bottom of the branch four to six inches away from the callus ring. Cut upwards until you get about a third of the way through. The second cut is made a couple of inches farther out and this one goes right through, removing the branch and letting it fall. The undercut keeps the falling branch from tearing the bark. Now that the weight of the branch has been removed, the final cut can be made back to the callus ring. Either support the branch stub when you cut it or cut through the bark from the bottom to avoid any tearing. When pruning remember you can always take more off but sticking it back on is a whole lot harder. Go easy, prune a little then have a good look and maybe prune a little more. 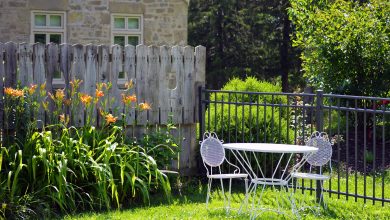 What does your Garden say about You? 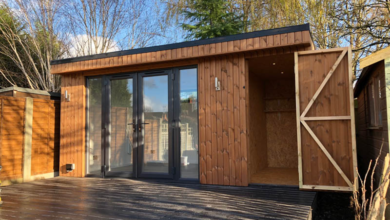 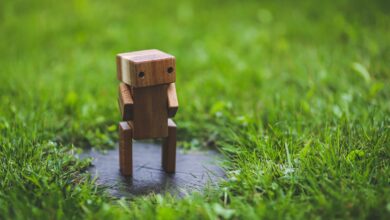 Why do you need a lawn? 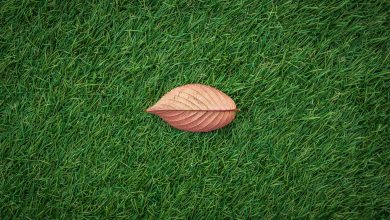