You’ve probably got quite a few chairs in your home, playing a number of roles: dining chair, TV chair, computer chair, reading chair… a symbol of modern day living and an absolute staple in everyone’s domain, the faithful chair provides and epitomizes the comfort we expect in our daily lives.

Although the tradition of taking the weight off our feet has been commonplace for centuries, the history of the right-angled design of the chair we know today is a little more interesting. No ordinary piece of furniture, it was intended to lend authority to the seated as it was considered to keep its occupier sat upright. We can see the remnants of the chair’s rich past in today’s thrones, and in other examples such as the Speaker’s Chair in the House of Commons.

Although impossible to date back to any one era, this item of great antiquity was revered in Egypt in the early centuries and adorned with all manner of jewels and riches and depictions of iconic animals. Usually carved from gilded wood or ebony and ivory, the chair’s shape had to represent a natural form as they believed that creating something artificial would throw the universe into chaos. This is probably why the very first armchair can be traced back to a tomb in the Valley of the Kings.

Live the Egyptians, the Greeks, who were making chairs as far back as 700 BC, also saw the chair as a symbol of power. They would be typically decorated with carvings of mythical beasts, especially around the legs, and the materials used, often marble also added to the effect of authority and importance. The Roman Empire’s Curule chair could perhaps be likened to a modern-day folding chair, as it was a stool with a cross frame, except of course it would have had many jewels and embellishments.

Read more about Rent a room in Pfaffenthal.

France is home to the elaborate bronze cast Chair of Dagobert in the Louvre museum, which was partially gilt and had a leather seat. While In Italy, St Peter’s Basilica in Rome is host to piece from the 6th century and Byzantine Empire that was known as a Sedia Gestatoria. This highly ornamented chair portrays the might of Hercules and as a type of sedan chair was used as a portable throne to carry figureheads, such as the Pope. Sedan chairs were carried by slaves to transport nobles and also hugely popular in China during the Song Dynasty from 960 to 1279.
A type of chair which could be taken apart for ease of use when traveling became popular in England. Known as a Faldstool, they took advantage of the public’s need for convenience, perhaps though at the price of comfort. However, eventually they became more redundant as every home had chairs of their own, and fashions began to evolve from the somber Tudors to the more lively era of the Chippendale.

Chairs have come a long way from their humble beginnings, and now comfort is of utmost importance: from the 18th century, padded seats began to make an appearance, and since then we have seen the development of memory foams and different fibers, orthopedic and custom-made chairs to offer a high level of comfort and support. So, from hard marble backs to soft upholstery, today’s chairs can now offer the highest level of relaxation at the end of the day.

Why not begin the hunt for your perfect chair or sofa?

How to choose a good electrician 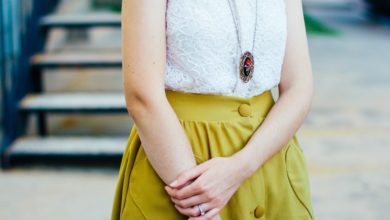 Butter dish as a beautiful decoration on your table

Floor sanding: how to refresh your interior